Roger Hunt studied stage management at the Guildhall School of Music and Drama and then worked in film, television and photography. Loving history, and having been intrigued by building techniques and materials since childhood, he started writing about buildings. He is now an award-winning writer and blogger specialising in sustainability, old houses, housebuilding and traditional and modern building materials and construction.

Roger is the co-author of New Design for Old Buildings from RIBA Publishing as well as the bestselling Old House Handbook and the companion volume Old House Eco Handbook, published in association with the Society for the Protection of Ancient Buildings (SPAB). He is the author of Rural Britain: Then and Now, a celebration of the British countryside featuring photographs from The Francis Frith Collection; Villages of England; and Hidden Depths, an archaeological exploration of Surrey's past. He also contributed a chapter to the Reader's Digest book The Story of Where you Live and wrote Hamptons International's millennium book The House 1000-2000.

He is editor of the SPAB Briefings, a series which offers a summary of recent work by the Society with cutting-edge information to help both owners and building professionals. Titles include Energy Efficiency in Old Buildings, Windows & Doors, Lime and Disaster & Recovery.

His work has appeared in numerous publications including The Daily Telegraph, Period Living, House & Garden, Grand Designs, Homebuilding & Renovating, Real Homes and Listed Heritage. He is sustainability correspondent for Show House, a title aimed at the housebuilding industry, and is a judge of the What House? Awards for new housing.

Interests include landscaping gardens and renovating houses. Although based in the UK, his latest renovation project is a 1900 house on Martha's Vineyard in Massachusetts, USA. 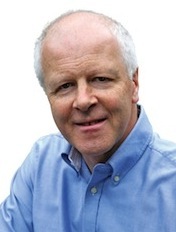